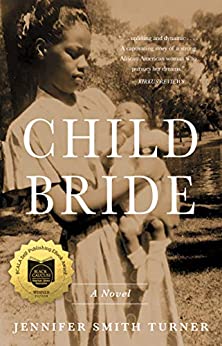 It is 1955 on a small Black-owned farm in rural Louisiana, the home of 14-year-old Nell Jones. The youngest of 12 children, Nell quietly observes the lives of the females in her immediate environment: her mother, her married sisters, and the young wives of her married brothers. They have all followed the same path: early marriage followed by multiple pregnancies and staying home to raise their children and keep house.

This is not the future life Nell wants. Speaking of these women, she says early on: “But I didn’t want to be like them. It seems there must be more to life than lying on your back for a man, getting a swelled belly, having a baby suck your nipple, and working away in the kitchen.”

How many women throughout history have felt that way, or expressed those same sentiments? One is immediately left with the anticipation of Nell breaking through that chauvinistic life plan and accomplishing more noble things. On her own terms.

The author, Jennifer Smith Turner, takes Nell on an unexpected journey. We witness Nell being married off at 16 to Henry Bight, who whisks her off to a small, dingy apartment in Boston. Henry is ten years older and controlling, summed up in his words to Nell, “Stay home, do as I say. Understand?”

How Nell deals with her confining and lonely existence is the conflict in Turner’s novel. Nell’s personality is revealed more through her thoughts than actions. After suddenly giving birth at home to her first child, Turner poetically describes Nell’s trapped mindset with these visual words: “But on the inside of my eyelids the mosaic of my life began to form—it resembled rivulets of birth-waste splashed on the floor.”

I wanted Nell to break free in some dramatic fashion from her present and smothering stay-at-home existence. However, Turner does not satisfactorily address this dilemma, as she conveniently introduces another character into Nell’s life, Charles Johnson, whom she first meets at church. Turner does not spend as much time rounding out Charles’ personality as she deftly does with Henry’s. The most one learns about Charles is that he is a handsome post-grad law student Nell becomes attracted to. This is the relationship that ultimately changes Nell’s life.

Turner wraps up Nell’s story in such a convenient manner, I was left wondering if the author tired of Nell along the way, hurriedly wrapping up to end the story. Because Turner fails to develop a concrete vision for Nell—a personal journey with a realistic goal to self-fulfillment—one never knows what it is that Nell wants to accomplish with her life outside of marriage. I expected more of the main character, and wasn’t satisfied with the ending. The author certainly has the talent to expand the main character’s horizon but fails to do so.

The writing itself flowed along smoothly, and the book is an engaging read.

Jennifer Smith Turner is a New England-born writer. She is the author of two poetry books: Lost and Found, Rhyming Verse Honoring African American Heroes and Perennial Secrets, Poetry & Prose, which was nominated for the 2004 Connecticut Book Awards. She was featured on NPR’s Faith Middleton Show and Connecticut Public Television’s poetry evening. She served as a featured speaker at Yale University poetry reading and the University of Pennsylvania Kelly Writer’s House.
Ms. Turner is the Former Acting President/CEO of Newman’s Own Foundation and is the retired CEO of Girl Scouts of Connecticut. During her professional career she served as an appointed government official with the State of Connecticut and the City of Hartford, as a corporate and non-profit executive, and as a member of many academic and non-profit boards of directors. She retired to Martha’s Vineyard with her husband, Eric Turner, in 2012.