My sixth grandchild who was born last week brought back this question of naming I often contemplate. For nine months I tried to guess the name, somewhat hoping, for a name that will carry a meaningful family connection, yet troubled by that old conflict of naming newborns after dead relatives. I was relieved but with a tinge of disappointment when the name was revealed, and it had nothing to do with either dead family relatives or any obvious cultural references.

Am I putting too much emphasis on names, reading too much into their place and meaning? Is a name just a name and nothing more? The answer to this question is elusive.

When I was born, in the middle of a legendary winter snowstorm, in Jerusalem. My parents decided to name me after my grandmother, on my mother’s side - Levia (a lioness in Hebrew). I can almost see the discussion that went on, at the time, between my mother, insisting on preserving her dead mother’s name, and my father, arguing for a modern name to go along with their new life, in the young state of Israel.

The compromise, as is so often is, was two names instead of one, Ariela, Levia. Consequently, I was blessed with two names that are almost one. Ariela, the one I use, means; let God be her lion resembles my middle name.

This is a good story, I believed, as I kept repeating it, over and over again. I have no idea where I got it from as none of the facts except my actual name is true. I discovered it years after both my parents passed away and I had to put the puzzle together all by myself.

According to the Jewish tradition newborns were often named after a dead family member; to honor and keep the memory. Being born to a holocaust surviving family, there were many naming options, and so I was named after my great aunt who ‘did not make it.’ My grandmother, her sister, was alive at the time I was born. I find it ironic that two names, not one, were not sufficient to keep the memory from altering itself in such a capricious nature.

Perhaps this is the reason that I keep mulling over the naming issue, about weighting a newborn with a name that is heavy with emotions and old memories, on one side, and wondering about the importance of keeping memories alive on the other.

Repeating a well-known quote “…you die twice. One time when you stop breathing and a second time, a bit later on, when somebody says your name for the last time.” (Banksy). I can see how when one grows old names start to feel like a symbol, a continuation. A person searches for this thin thread of immortality to obtain comfort. I can also see that without the memories attached, a name is just a name and nothing more.

Ariela Zucker was born in Israel. She and her husband left sixteen years ago and now reside in Ellsworth Maine where they run a Mom and Pop motel. This post originally appeared on her blog at Paper Dragon.

Kalí Rourke is a full-time philanthropist and volunteer in the Austin, Texas area and has lent her writing, public speaking, and social media skills to many local nonprofits, including Story Circle Network. She is a wife, mom, "Gigi" to her first grandson, a professional singer, and an advocate for mentoring in all of its forms. 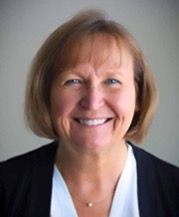